Latest iOS14.4 and iPadOS 14.4 updated with new features and improvements

Recently, in the last few days, Apple has released a new update for iOS14.4 and iPadOS 14.4. In this new version, Apple has tried to fix the bugs of the previous version. The new update for iOS14.4 and iPadOS 14.4 with more features and is planned to use Home Pod Mini and better support for the Find My app and devices manufactured by other companies. It should be noted that before the release of the final version of these two operating systems, three beta versions of iOS14.4 and iPadOS 14.4 were released. In these three beta versions, instead of adding a feature, it tried to fix the bugs that existed in previous versions of these operating systems.

Features added to the new iOS14.4 and iPadOS 14.4 updates

This version of iOS14.4 and iPadOS 14.4 have more features for Find My. A new feature is the Find My items added to the app so that in addition to Apple’s own devices, such as the iPad , other manufacturers can share their tracking devices with Apple to find out where their devices are by joining a network. . Currently, only Belkin brand Airbuds can support this new feature, but soon more gadgets will be covered by the Find My items network. That way, you can find them by tracking devices other than the Apple brand.

Features added to the new iOS14.4 and iPadOS 14.4 updates

Another noteworthy point in this update is that in iOS 14.4, an option called Handoff has been added to use the Home Pod Mini. Home Pod Mini is Apple’s latest smart speaker that was released a few months ago. In this new update, if you bring your mobile phone closer to the Home Pod, using the U1 chip used in this Apple smart speaker, the Home Pod Mini can detect the music played from the iPhone and play it. N. The Handoff feature means that you no longer need to make manual settings or check the connection of the mobile phone to the speaker.

Apple also added more privacy features to apps in the App Store. Using these features, users could be informed about the parts that an app on the iPhone uses. Like how to view app access on iPhone , you can restrict or block app access to photos on your iPhone.

In a note that Apple has published on its website about the features of iOS 14.4 and iPadOS 14.4 and these new versions announced that the operating system iOS 14.4 has the following improvements for the iPhone:

Also in the new update of these two versions of the operating system, the following bugs have been fixed:

Appearance changes of iOS 14 and iPaOS14 compared to previous versions

In general, iOS 14 and iPaOS14 have undergone several visual changes compared to previous versions. These changes include visual updates to the iPhone Home screen. These changes were also applied to the application interface.

In addition to these visual changes, Apple also made changes to the Messages app and Safari browser in this operating system and completely changed the design of Siri. Other changes that can be mentioned in this operating system include the addition of new elements to the Maps app, the ability to hear ambient sound and display notifications about it, and support for CarKey. After the original release, Apple released iOS 14.2 and iPadOS 14.2 updates that included several new wallpapers, new emojis, and other minor tweaks. 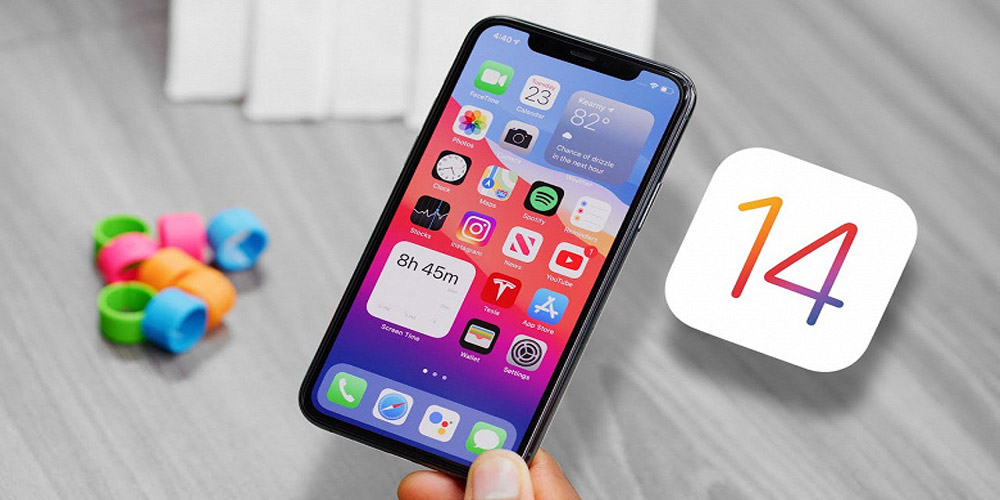 Appearance changes of iOS 14 and iPaOS14 compared to previous versions

After a while, we saw the release of iOS 14.3 and iPadOS 14.3, in which Apple added support for its new hardware and software. Simultaneously with this version, a new sports program + Fitness was released at this time. It was at this time that Apple also unveiled the AirPads Max headphones. Other features of this operating system include the addition of Apple Pro Raw photography capability with the iPhone 12 Pro and iPhone 12 Pro Max . So updating this operating system after this seems logical.

What is Google AMP and what is its use in SEO

Learn about the pros and cons of the Galaxy Buds Pro